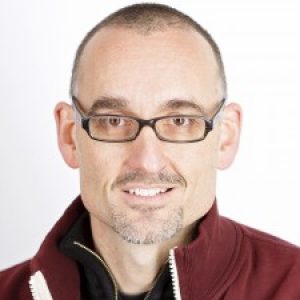 The Workout module will be the heart of Immersion.  Here, you will learn the screenwriter’s core skill, as visual ideas turn into words, every day for three weeks.

Once a pro screenwriter has cracked the story for their film or TV episode, they will transcribe the images they see before their mind’s eye into the industry standard screenplay format.

But you’re not a pro screenwriter quite yet, so I won’t trust you with that task – for now…

What you will do in this Workout module, is transcribe the images of two existing, successful TV pilots into a script draft.

In other words, you will write your own screenplay draft pilot of an existing popular TV show.

And if you wish, at the end you can create your own cover page:

“Written by [your name]”

This is the most powerful stage of the course: Reverse Screenwriting.

This stage will have the greatest positive impact on your abilities as a writer.

Great screenwriters master the craft of writing action-description, because this is where most of the story lies.

For theatre, the story is typically encapsulated in dialogue. For film – unless you are Woody Allen, Quentin Tarantino or David Mamet – the visuals tell the story.

For the half-hour TV series, dialogue is king. But the hour-long drama focuses increasingly on the cinematic aspects of the story. Think about Breaking Bad, The Handmaid’s Tale, Mad Men and Nordic Noir series like The Killing, The Bridge or True Detective. They are all eminently cinematic, and this is reflected in the action description of their screenplays.

You will pick from a list of popular TV shows in a diversity of genres. Then, you will create your own version of two scripts in proper screenplay format. Because dialogue still takes a large share of the page count, you will breeze through this task much faster than would be the case for a feature script. Therefore, you will transcribe two full scripts within this course: a pilot, and an in-season episode. It may show how these episodes are often different in many ways.

Later in the course, we will talk about the practicalities of this task; about its workload, the tools to use and the scripts to pick from.

Once you’ve completed this module, you are ready to receive your certificate!

But there is more…

If you are gearing up to write your own screenplay right after completing the Immersion course, the final module will offer a small bonus.